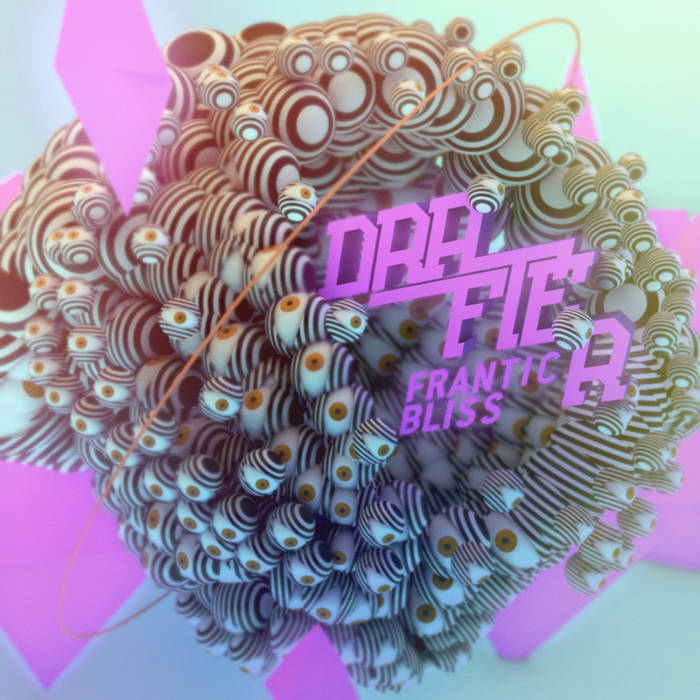 DRAFTER aka Aldo Lamanna is a 31 year old musician from Caracas, Venezuela. As a bass player, for the rockband Cirko Vulkano, Aldo toured all over the American continent. It was early 2010 when he started the experimental solo project DRAFTER; heavily inspired by the Low End Theory podcasts and his love for synths.

After many years of playing live with bands and thinking about the audience reaction it was a relief for him to make more introspective music without worrying about styles and/or feedback from the crowd. Lamanna describes DRAFTER as experimental music based on pounding synthesized beats and low end frequency (ab)use.

As a Venezuelan citizen it’s hard for DRAFTER to make a name for himself as an electronic music producer; he says Venezuela is not quite ready for spaced out glitch-hop (yet!). It was the Belgian label Caoutchou Records that discovered his beats on Soundcloud:

“I caught up with Joren A.K.A Ninjato. We followed each other through Soundcloud , started talking about a possible release and shared some music. Over the summer I wrote Joren because I was going to Germany and asked him if there were any festivals going down in Ghent around June… He told me about Peer Pressure Festival and at first, I was going to attend it as audience because I wanted to travel to Belgium. As it turned out, I was lucky enough to play at the Festival, and it really changed everything for me! That weekend was a great one! Sharing with so many talented producers and great people. I was so happy! I still am!”

The idea of a release on Caoutchou records has become reality: the stunning EP “Frantic Bliss” was released in October 2011. It’s up for free in the Caoutchou catalogue.