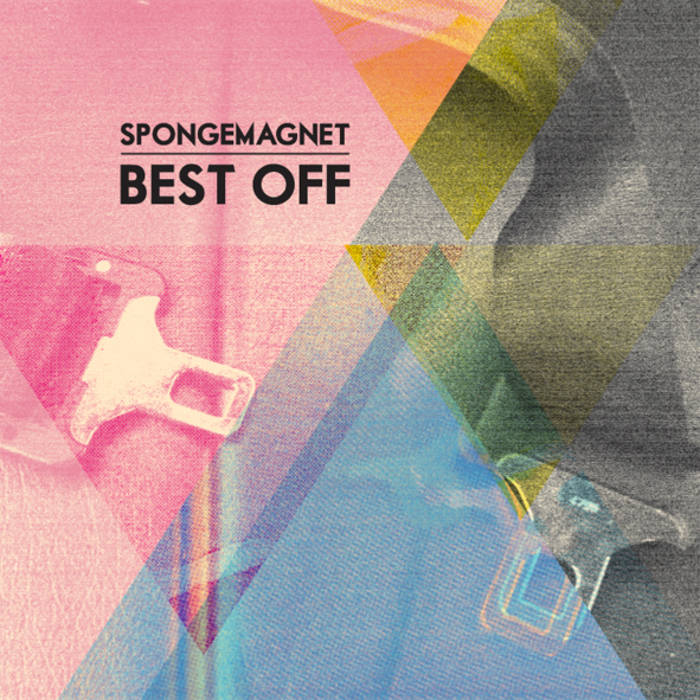 Wray Bowling Dag this is the jammmm. Favorite track: Laserchrome.

Spongemagnet is a trosmocosmic beat species hailing from the grey hills of Saint Gilles and the blue creeks of Gingelom. Under the influence of tasty cheese, 80's sci-fi movies, local beers & sunglasses, Bob & Ric joined forces to create the ultimate sound palette. Their exploits resulted in a new sound called "Gimp"; which could basically contain any theme. Whether it be disco, psych, bollywood or even a retrofuturistic trap scene: Gimp's got it all covered.

A lot of the outcome is depending on the consumed beer: there was a dark, malty period (influenced by Stout beers), a fresh spring period with more IPA hoppy flavoured liquids and even an X-mas phase where they poured nothing but pungent christmasbeers. The mixture of hard & software, classic Roland and Korg synths, midi keys and pads are just a minor detail in the creative process.

More faux pas went down when the Spongemagnet crew joined Caoutchou's rubber tour caravan through Eastern Europe. This is where the idea grew for a further collaboration. So finally, after releasing the well acclaimed 'Release the gimp' on the prestigious Th!n Consolation label, the Spongemagnet pack is back with a greatest hit tape called 'BEST OFF'! The partners in chrome dug deep into their machines to compile a 30 minute epic trip to Spongeland where everything is possible and where even you can be a *star*.

Both cassette & VHS comes with beautiful hand crafted artwork by Kamargø. Visual imagery is provided by VJ/shaman Jaak De Digitale.
The hand numbered cassette is limited to 50 pieces / the VHS tape is limited to a measly 10 copies so ACT FAST!

No Paypal/Credit card? No worries: drop us a line at caoutchourec@hotmail.com and we'll work something out!