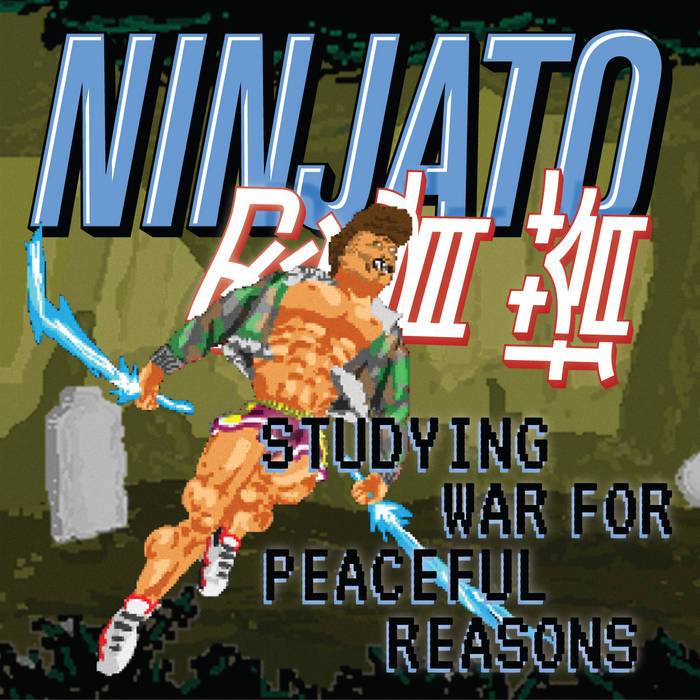 Ear of the Beholder

Ghentian shinobi sound assassin Ninjato returns to Caoutchou... with a vengeance. Six years have passed, and the ninja from Chronicles Of The Six Samurai has been Studying War For Peaceful Reasons. Where his debut album was focused around heavily glitch-inspired surroundings, his newest effort centers around the calm within a jungle storm. From tribal war drums to the soothing sounds of tropical drone rainfalls, from harsh and funky beats and basslines to rhythmic and relaxing African chanting, Studying War For Peaceful Reasons has a colorful and extensive sound pallet.

Ninjato is Joren Hemeryck, straight outta Ghent. He created the ninja character based on the sounds of Amon Tobin, Fela Kuti, Lorn, Eskmo and fLako and has shared the stage with acts such as Clap! Clap!, Shabazz Palaces, Loops Haunt, Slugabed, and many more.

Play the Ninjato game at caoutchou.com/ninjato/

''The Ninjato pseudonym was created a small dozen years ago, influenced by artists such as Aphex Twin and Flying Lotus. On his newest record, however, Ninjato profiles himself rather as the African version of Daft Punk's Tron: Legacy.'' - De Morgen

"Ninjato is one of those exceptional virtuosos who dares to explore his own limits, often against better judgment, and thereby makes Electronic music a kind of art form." - Snoozecontrol

"With old-school arcade games and releases on old-fashioned cassettes, Caoutchou Records' creativity seem to have no boundaries lately. With this delicious album from Ninjato they also prove to play musically at the highest creativity level without losing quality for a split second." - Fuzz Magazine